A Day in the Life of Kim Durn 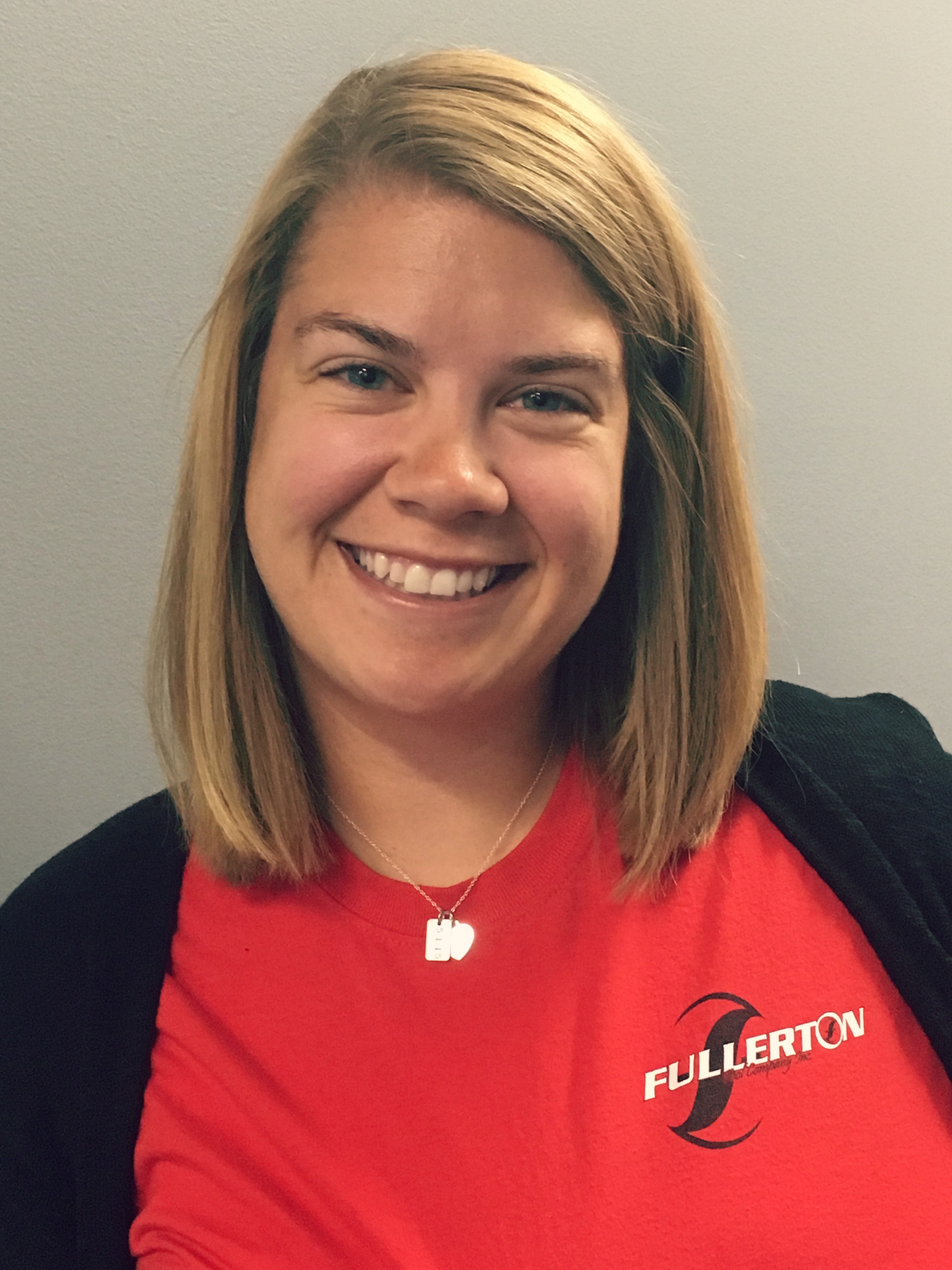 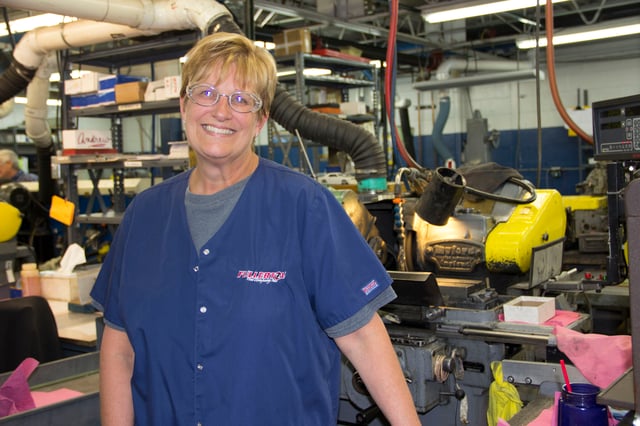 We will be featuring a series that allows us to observe what goes on behind the scenes here at Fullerton Tool. What better of a place to start than with our 2015 Fullerton Employee of the Year! We had the opportunity to sit down with Kim Durn and find out a little bit of what she does.

Kim Durn started with Fullerton Tool in 1979. She has had several positions here within the last 37 years that include brazing, lapping, operating the Tru-Tech machine, and grinding.  She currently is an OD (Outer Diameter) Manual Grinder in the Forming department and has held that position for 33 years. When the Tru-Tech machine was added to Fullerton’s line up many years ago, she was asked to learn how to operate it. It was the first computer operated machine in the department. At one time, she operated both the Tru-Tech machine and the Manual Grinder, hopping back and forth between the two.

As an OD Manual Grinder, Kim forms roughing tools for the next operator. She forms the carbide according to the print she is given; sometimes just a point needs to be added, other times she has to blank down a shank. The machine has a diamond wheel that cuts the carbide. Each turn of that wheel takes 50 thousandths of an inch in diameter off of the carbide. She averages about 50 tools per hour. After the tools leave Kim, they usually go to the OD blade, the Keller machines, or to be fluted. 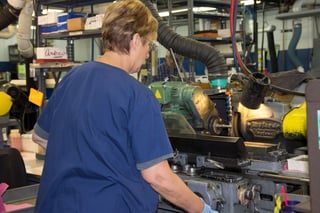 Aside from her responsibilities, we wanted to capture her insight on Fullerton. The evolution of the company over her last 37 years has been tremendous.  With this family owned company, there has been 3 generations of leaders. She believes that Morgan A. Curry, the founder of Fullerton Tool, was a man before his time with his innovative tendencies. Kim remembers when the first fluting machine with a tiny window was installed.  Everyone gathered around to look inside. Also, before the era of computer systems, all jobs were hand written and tracked using index cards.

One of Kim’s favorite things about Fullerton is how family oriented the company is. She mentioned how easily Fullerton works with their employees to make sure that their families come first. Flexible hours allowed for people to have time for their family activities. Kim has many memories of her time here at Fullerton but a couple stick out in her memory. She was the first woman to work out on the shop floor. Another memory she has was when Fullerton first had over 350,000 shipments in one month. This was such an accomplishment that they were rewarded with a pizza party!

As mentioned before, Kim received the 2015 Fullerton Tool Employee of the Year award. She said that she was very touched to have been given this prestigious award. It was the first year that employees were asked to provide a reason why they were nominating a candidate.  She was able to read some of those nominations after the fact and she was emotionally moved.

Kim Durn is a major asset to us here at Fullerton Tool and we were thankful that we had the opportunity to spend some time with her.

The headline and subheader tells us what you're offering, and the form header closes the deal. Over here you can explain why your offer is so great it's worth filling out a form for.