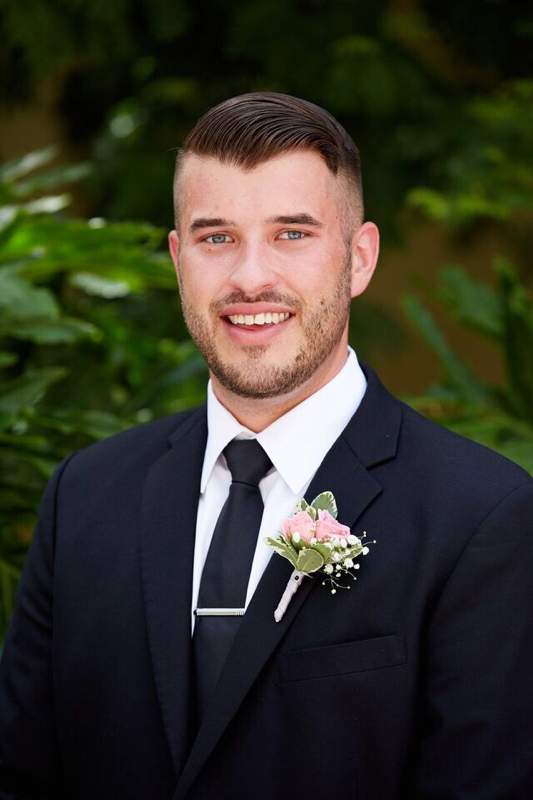 I have heard many great things about Brandon well before I met him and I was even more excited to work with him when I found out how old he was.  It’s not very often I meet a fellow millennial on the shop floor, let alone anyone in their 20’s programming and setting up machines on their own.

Brandon did not disappoint; he blew my mind the first day training on the job with him.  Not only did he excel in his work, but he was difficult to keep up with.  Every shift he wore a pedometer that tracked his 4 miles of footsteps as he ran around the plant trouble shooting, changing tools, setting machines up, etc.  Each shift I made sure to take notes and listen to what he had to say because his work was proof enough that he knew exactly what he was doing.  I learned more about Swiss machining in the 2 weeks working with Brandon than I had in the 3 years prior to that training with him.  After our time together, I was able to set up the bar feeder and program on my own; how quickly I had come in such a short period of time.

Aside from Brandon being a great trainer (that was very patient with an ex-salesman running his machine), his ability to listen to what I had to say for input was second to none.  I cannot begin to tell you how many times I would have to convince an operator or machinist to run the right chip loads; there was always push back on new tooling ideas and techniques that challenged the status quo. Brandon not only was receptive to it, but eager to push the machine to its limits and see what would happen.  He is someone who does not fear something new; the kind of guy that doesn’t “fail” and learns from his mistakes.

In hearing Brandon’s story, I can see where his motivation came from.  Coming from a training background for several years at Tijuana Flats, he told me stories of how he would motivate his employees to go the extra mile, and to ensure employees were trained and confident in their work.  He truly enjoyed building people up.  Knowing that, it made sense how easy it was to train with him and understand how patient he was with me, especially when I asked the same question 10 times.

Brandon had found his way into manufacturing by chance; his brother-in-law needed an extra hand and Brandon jumped in to help and quickly found what he was looking for in a career.  Within a year’s time, he was setting up and programming lathe operations on his own.  Just four years later, he has mastered the Swiss and lathes with sub spindles.

Like myself, Brandon was another person that was able to discover this trade that is not readily taught in the K-12 system and now is earning a good living based on a skill set that only took a year for him to grasp.  You will be hard pressed to find someone, especially in this age bracket, that can outwork Brandon.  He is the embodiment of continuous improvement and will go extremely far in this trade because he is willing to knuckle down and put in the work necessary to be successful.